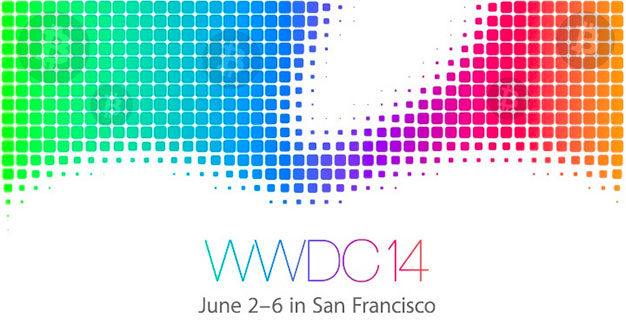 Apple has unveiled a variety of updates across their software ecosystem at WWDC 2014, including changes to their App Store Review Guidelines. A particular passage has been identified as possibly positive for Bitcoin ecosystem developers:

Purchasing and Currencies
11.17 Apps may facilitate transmission of approved virtual currencies provided that they do so in compliance with all state and federal laws for the territories in which the app functions

This is a new item in section 11, Purchasing and currencies that was not in the last revision of the guidelines.

In addition to this change, the standard program agreement for iOS has a new additional term that is likely relevant to applications interested in offering Bitcoin functionality:

“Currency” means any form of currency, points, credits, resources, content or other items or units recognized by a group of individuals or entities as representing a particular value and that can be transferred or circulated as a medium of exchange.”

Let’s dive into some analysis:

That recognition does not mean Bitcoin is on Apple’s special list yet.

It might be reasonable to assume that 11.17 also refers to in-game gold, except for the qualifying language in the updated iOS Developer Program License Agreement. In that agreement, “Currency” is now defined as “units recognized by a group of individuals or entities representing a particular value that can be transferred or circulated as a medium of exchange.”

Jurisdiction Is Important
In 11.7, Apple has specifically said transmission of approved virtual currencies may occur so long as they are in compliance with all state and federal laws for the territories the app is sold in.  This suggests that the moment formal state acknowledgement of virtual currencies exists, app developers may allow users in those areas to transmit virtual currencies.

As exciting as that may sound, so far Apple has treated their interpretation legislation affecting the legality of Bitcoin as proprietary.  For example, if you spoke with a representative from Apple Worldwide Developer relations and asked them “is sending Bitcoin legal in the United States?” they would respond that this was “proprietary business information of Apple.”

It seems even though there is a framework for the transmission of virtual currencies like Bitcoin, Apple’s interpretation of law may be critical as to whether it is allowed.

Getting Bitcoin Apps into the App Store
It is unclear immediately how this affects successful submission of Bitcoin-transmitting applications into the app store. Apple generally reviews applications as their submitted, with rule changes, previously submitted applications may now qualify and be approved.

No Selling Bitcoin via In-App Purchases
Aside from providing a definition of “currency,” 2.2 also specifically means App Developers may not use the App Store In-App purchasing to purchase currency.  This makes sense, as it would put Apple between buyers and sellers during a currency exchange.

In the United states, the transmission or exchange of money may require special registration as a money transmitter. Given its behavior toward Bitcoin in the past, it makes sense that Apple would not want the responsibility of being involved in these types of transactions.

Gliph’s Bitcoin Transmission Capability
Gliph has been on the front line of getting Bitcoin sending into the App Store. Our company maintains that it is acting within existing state and federal regulations around the transmission of Bitcoin currency. As a result, we will continue to look to Apple for allowing the ability for our users to transmit Bitcoin between each other in our iOS application.