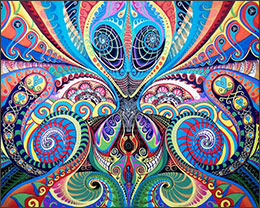 We continue to believe that Bitcoin is a very important part of Gliph’s future and are making changes to pave the way for this now. The team is excited about the further integration of Bitcoin into Gliph’s core experience. END_OF_DOCUMENT_TOKEN_TO_BE_REPLACED

Craigslist’s newly implemented email relay service breaks proper delivery of Gliph Cloaked Email. This post explains what happened and how you can work around the issue.

Our team first debuted Cloaked Email on August 14th, 2012. We created the product in part due to our own frustration with how Craigslist handled email privacy. We performed a survey and found that we weren’t the only ones who felt this way.

Previously, when you created a Craigslist post, their system would protect your email address in the listing itself. However, if you replied to someone who had emailed you about the old stereo you were selling, it would reveal your email address.

Gliph Cloaked Email solved this problem by protecting your email address across both ways of the exchange. It also allowed you to do it directly from your own personal inbox.

Beginning in November, we noticed Craigslist began testing an “anonymized relay” aka “email-relay” that offered similar functionality to Cloaked Email. After some testing, we were able to prove that their new service did not interfere with Cloaked Email.

However, at some point this spring, without notice, Craigslist began blocking email sent using Gliph Cloaked Email addresses as it passed back through their relay service. Then the system moved from optional to required for all ad listings where email addresses are automatically included. END_OF_DOCUMENT_TOKEN_TO_BE_REPLACED

We released an update to the Gliph app for Android today. Our Android users are usually pretty tech savvy, and they seem to be more interested in details than iOS users. So we thought now would be a good time to check in and answer some frequently asked questions we receive on the Support Gliph.

The last major release we did for Android included visual updates and the ability to send and receive Bitcoin. This new release, 1.13 is meant largely to fix bugs and behind the scenes updates: