If you want to add a chat room to your subreddit, Gliph Chat Channels are a quick and easy way to do that. Gliph has been chosen by popular subreddits over many other chat solutions because it has solid apps for iPhone, Android and a great desktop client. Gliph chat channels offer user privacy and can be customized to your theme.

Here’s how to add a Gliph Chat Channel to your Subreddit:

Step 1. Use the Create Channel Wizard 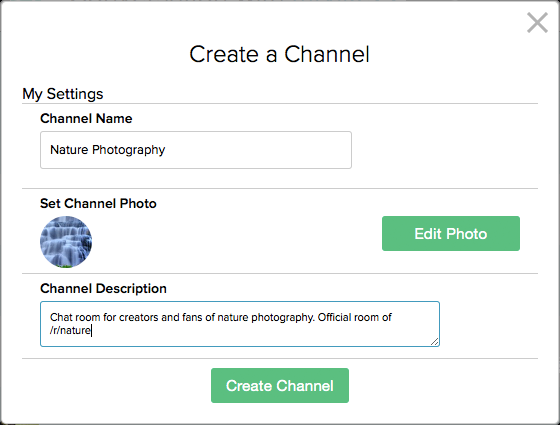 Step 2. Add Your Chat Channel to your Subreddit’s Sidebar

Step 3. Submit a new link to your subreddit alerting people to your new chat channel.

We’re here to help! Send an email to support@gli.ph or ‘support’ on Gliph and we’ll help you get going!

Professional storyboard artist Erica Hayes joined the Rick and Morty channel on Gliph this past Saturday for a live AMA. If you weren’t able to make it to the chat, we summarized the Q&A below.

Rick and Morty is one of many chat channels on Gliph you can use to meet and connect with other people. Learn more about Gliph Channels here.

6pm PST – March 21st 2015
Tamara (Assistant to Justin Roiland): Today’s Q&A will be with Erica Hayes. One of our awesome storyboard artists on Rick and Morty! Please keep in mind NO season two questions will be answered.

Erica Hayes (Rick and Morty Artist): Hello! Thanks for having me.
Tamara: Fyi, Erica was also the artist who created “The Good Morty”
Erica Hayes: Yeah, that was fun times!

Q: EvanWas8: Do you go by Storyboard Artist Erica, Erica, or Er Bear?
A: Erica Hayes: Er-Bear is pretty cute, but Erica’s fine ^_^

Q: EvanWas8: Do you have a history with drawing comics or have you always done animation work?
A: Erica Hayes: I changed my major from animation to sequential art, so for 3 years, my primary focus was comics.

Q: Dissolve: How many storyboard artists on the team? END_OF_DOCUMENT_TOKEN_TO_BE_REPLACED

Join the Rick and Morty Channel now to get notified and participate on Saturday!

Channels are a new jam on Gliph.  They allow communities near and far to connect, meet other people and collaborate.

Rick and Morty is a special interest channel from a fun community we’re happy to have on Gliph. More general groups, like Fitness and Nutrition allow posting of links to items people are selling in Gliph Marketplace.

Erica has been working on the Cartoon Network hit, R&M for two seasons now. She is a graduate of Savannah College of Art and Design. Prior to work on Rick and Morty, she worked on Nickelodeon’s “The Penguins of Madagascar.”  We’re excited to have her come by for a visit! 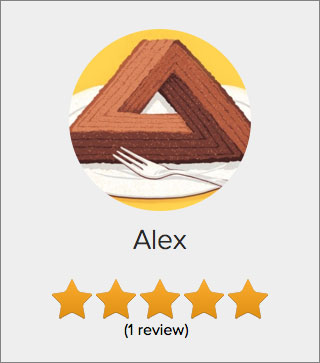 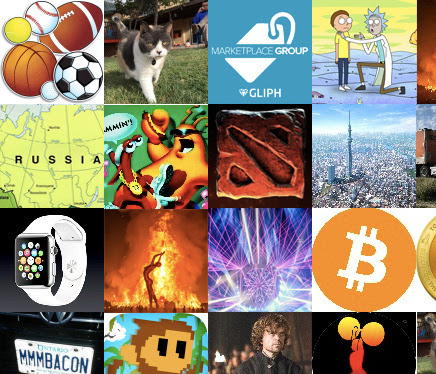 We’ve been excited to see the growth of public discussion groups and are graduating them to a new jam on Gliph called “channels.”

What Existing Channels are Available?
You can view and join channels currently available by logging in to the Desktop Web, mobile web or Android applications and tapping View Channels. A complete list of channels available at the time of this writing are at the bottom of this blog entry!

All of these features are available today in Gliph for Desktop web and will be making their way to the mobile apps.

Use the Create Channel Wizard
Channels are especially fun with a mix of people you know and those you don’t. Here’s how to get a channel started: END_OF_DOCUMENT_TOKEN_TO_BE_REPLACED 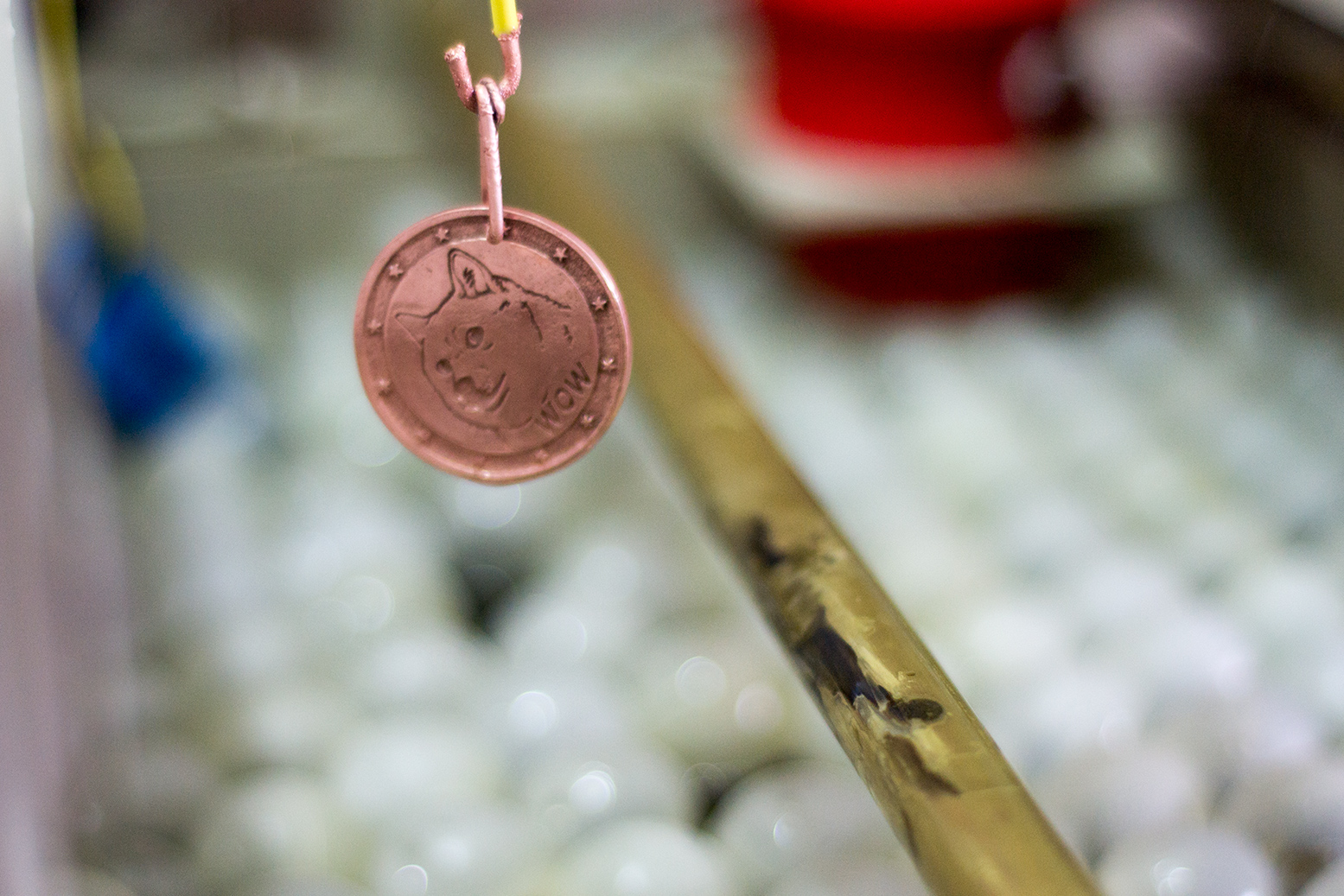 How did you get into bitcoin / cryptocurrency? What is your favorite part about bitcoin
My first encounter with cryptocurrency was one year ago, when a friend of mine, (a Reddit user like myself), found that “Dogecoin” thing that was at that time almost a joke. I didnt believe it until I downloaded the wallet. I love cryptocurrencys because it’s anonymous, it’s fast and easy. Everybody can use it! END_OF_DOCUMENT_TOKEN_TO_BE_REPLACED

Delivery of email sent to Cloaked Email addresses will stop at 8am PST on May 5th, 2015.

Some Background
When it launched, we built Cloaked Email primarily as a way to offer greater privacy in performing Craigslist transactions. The service was so successful that Craigslist released an “email privacy gateway” only months after Cloaked Email’s debut. We believe Cloaked Email pushed Craigslist to take user privacy more seriously. END_OF_DOCUMENT_TOKEN_TO_BE_REPLACED

We’ve seen quite a variety of new items show up in Gliph Marketplace over the past week, and wanted to draw your attention a few lower cost items available.

Handmade Wood Beard Combs from Ukraine
New Marketplace seller Yarik has listed two types of handmade wood combs from Ukraine. The combs are made out of Bass wood and Beechwood, which is sourced from the Carpathian Mountains in eastern Europe.

Cat Lovers Nail Decals
New Marketplace seller Angela Dufour of New Brunswick, Canada has listed a few different slide-on nail decals in the Marketplace. These ship for free and are easy to apply.

Handmade Physical Dogecoins
Wow. Much coin. These coins are hand made in Romania and are made out of tin and plated with copper. They are perfect for fans of the only cryptocurrency to have sponsored the Jamaica Bobsled Olympics Team.

You can now browse all Gliph Marketplace listings on Desktop web here.

Today we’ve added the ability to browse and join discussion groups on Gliph!

On the web app you can now “Browse Groups,” and we’ve added the ability to view Groups the mobile web and Android from the menu.

After seeing how fun it can be to get started on Gliph and make new friends, we’ve decided to start featuring a selection of them. Some of the first groups we’re featuring are the ones that grew out of the Gliph Community. For example Bitcoin Discussion and Cat Appreciation.

One of the groups we’re excited about is Rick and Morty fans. Rick and Morty airs during Adult Swim on the Cartoon Network and online. The show chose the Gliph group as their official home for for real-time chat for fans.

We’re still exploring what can be done to make public groups great destinations on Gliph.

Here is a complete list of public groups available now, we’ll add more over time. If you have a group you’d like featured on the Groups page, please send a message to Support!

The first verified identity is Justin Roiland, co-creator of Rick and Morty on Adult Swim.

We are happy to review requests for identity validation, particularly if you’re participating in Gliph by joining groups or Gliph Marketplace.