Getting a phone number from someone you’re interested in has been the crucial bridge between a first meeting and your hope of ever seeing them again. Over time, phone numbers have become mobile, stable (people change their numbers rarely), and offerered the strongest potential for immediate voice communication. 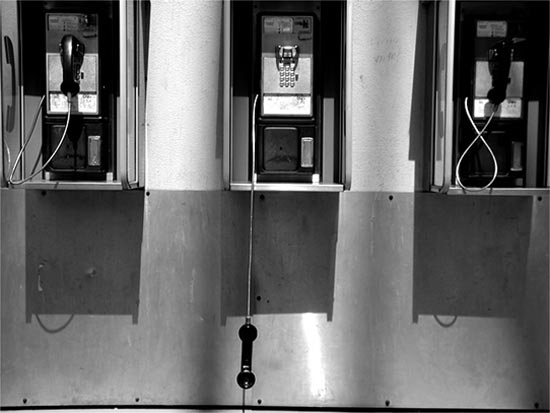 In spite of their historical value, privacy considerations, cost, and availability of more flexible communication methods are weakening the position of phone numbers as the communication mode you are most likely to exchange with new acquaintances.

Let’s take a look at some reasons why exchanging phone numbers as a first contact method is declining and see why Gliph provides a great new alternative.

Social Signals and Privacy
When Carly Rae Jepson exclaims in her hit pop song, “this is crazy, but here’s my number, call me maybe,” she reinforces an emerging social norm: if you don’t know someone well, you should not give them your number.

Giving someone your phone number implies a level of trust that is sometimes not appropriate for a new connection. Placing an unscheduled call or sending a text message usually means you’re making someone’s phone buzz or ring.

From a privacy perspective, the fact is that once a phone number is given out, it can be challenging (if not impossible) to get your privacy back should the need emerge. For example, if you misgauge and give your number out to someone who starts texting you in the middle of the night, you’re kind of stuck. In some cases, using a phone number inappropriately can be downright invasive … not to mention annoying.

Given the increased social weight and privacy implications of asking for a phone number, a lighter alternative may be more likely to help you move a relationship from the initial meeting to a follow-up discussion.

Price of Texting and Calling
Considering why your cell phone bill is so high might make you think twice about handing over your phone number. Cellular telephone carriers like Verizon and AT&T charge sky-high prices for voice and SMS text communication. Over the past few years, the price of text messaging plans has been the subject of press, prompted an antitrust inquiry, and class-action lawsuits.

From a practical point of view, using voice and text plans associated with your phone number can be one of the most expensive things you do with your smartphone. If there are cheaper ways to establish and maintain a connection, everyone can benefit.

Alternatives with more Color
Over half of the consumers in the United States now carry smartphones. While texting and calling used to be the only way to communicate with friends and family, an emerging set of communications tools are offering messaging capabilities that are part of a movement that has already made a dent in wireless carrier SMS revenues.

More people are adopting iPhone and Android smartphones every day, which allows them to install apps that replace traditional phone calls and text messaging. Apps use data to send messages, rather than traditional SMS. This means these apps can run for free (over Wi-Fi, for example).

Exchanging Gliphs Instead
Gliph is designed to help avoid some of the increasing stumbling blocks involved in communication via phone and text. From a social signaling and privacy standpoint, Gliph uses a light connection process that lets you choose what you do and don’t want to share. Gliph also allows connections to be removed, immediately reinstating privacy when necessary.

For people you communicate with often, Gliph offers a free alternative to SMS text message plans. If you downgrade from an expensive unlimited plan, Gliph messaging is can be a cost effective alternative to sharing a phone number. Since Gliph is powered entirely by data, you don’t have to worry about your or the other person’s monthly bill either. Best of all, iPhone and Android users can still message for free.

Phone Numbers’ Legacy
While the value of handing over a phone number at first sight is decreasing, phone numbers aren’t going away anytime soon. Rather than duke it out with numbers, Gliph makes them a facet of your identity the same way your Twitter handle or Facebook profiles are. Gliph helps by letting you store and share phone numbers as facets, which you can use to kick off a phone call directly from the app.

In most relationships, exchanging numbers is an important step for moving things forward. The next time you meet someone new, consider exchanging Gliphs first. You might just increase your chances of making that second conversation happen. After that, it’s up to you!

Photo “Phone off the hook” courtesy of VancityAllie.