Back in April we built and distributed a survey focused on people’s perspectives about privacy on Craigslist. We were able to get over 100 responses from cities across the United States. We’ve visualized the data into some simple graphs, and included some general conclusions.

Respondents were recruited from Twitter and Facebook, and the data was collected using Survey Monkey. The analysis is based on these graphs only and more data might need to be collected for a more solid conclusion.

If you haven’t tried Gliph yet, we have a beautiful mobile web implementation you can use from this very browser.  And of course, iPhone and Android versions as well. On with the data! 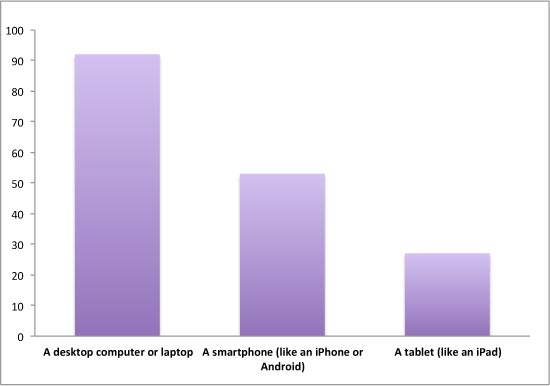 This question allowed “choose all that apply.” It looks like Craigslist is still predominantly used via desktops.  This may be due, in part, to the fact that Craigslist is still does not offer a mobile-optimized version of their website.  The large number of tablet-users may suggest some level of early-adopter bias in our respondent pool.

2.  When communicating with someone who is selling an item on Craigslist, which type of email account do you use most frequently? 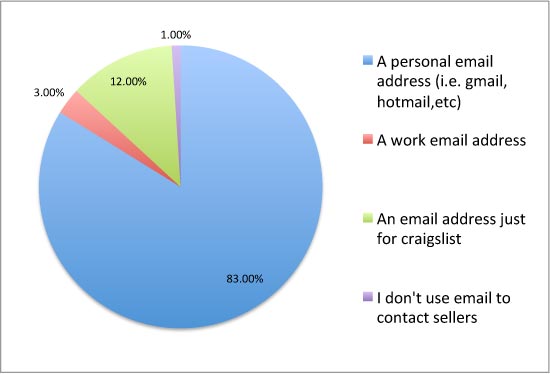 The vast majority of people are using their personal email address to handle Craigslist transactions. Few use (or are willing to admit they use) their work address for listing or responding to ads. Note that 12% of people are using a special email address just for Craigslist transactions. That’s a lot of ‘extra’ email accounts!

3.  When you communicate by phone with someone who is selling an item on Craigslist, which type of phone do you use most frequently? 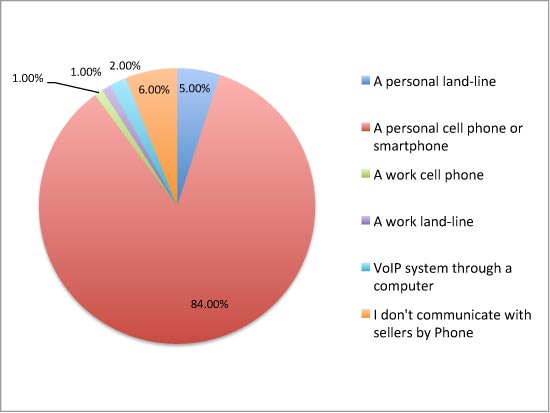 Most people are using their mobile phone to handle phone communications on Craigslist sales. A small portion of folks are handling their transactions entirely by email. 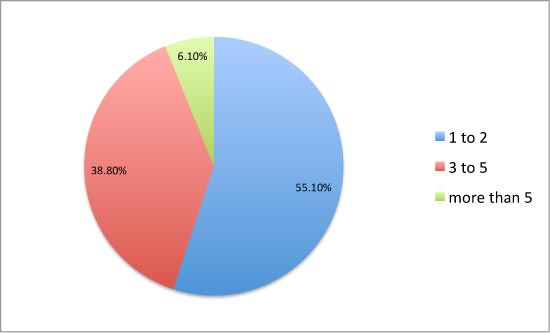 5.  If you could have a temporary, anonymous phone number that forwarded to your regular phone, what impact would this have on your overall Craigslist experience? 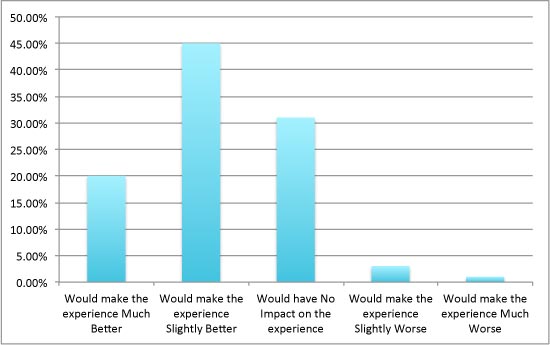 65% of respondents felt the Craigslist experience would be better if they had access to a temporary number in handling their Craigslist interactions.  Many solutions exist to handle this today, but nothing is offered by Craigslist.

6.  If you could have a temporary, anonymous email address that kept your regular email secret across the entire exchange, what impact would this have on your overall Craigslist experience? 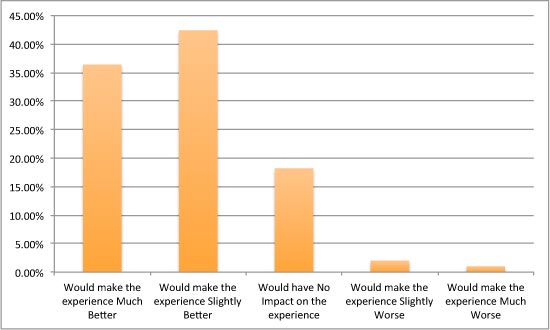 Almost 79% of respondents felt a temporary anonymous email that protects anonymity across the entire exchange would improve the experience somewhat or a great amount.

This is both a problem and an opportunity. Email was never intended to provide anonymity. Yet it is the primary method of communication around Craigslist ads.

We also asked a variety of questions related to sentiment toward privacy on Craigslist. Specifically, we asked how much or how little do people agree with the following statements:

7.  I am able to protect my personal information when buying an item from Craigslist. 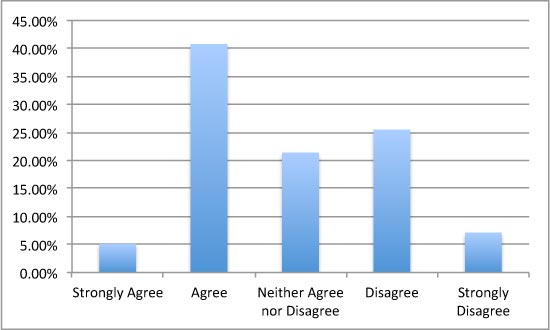 Few people feel strongly either way about their ability to protect the privacy of their personal information while buying on Craigslist.

8.  I trust the people that sell items on Craigslist. 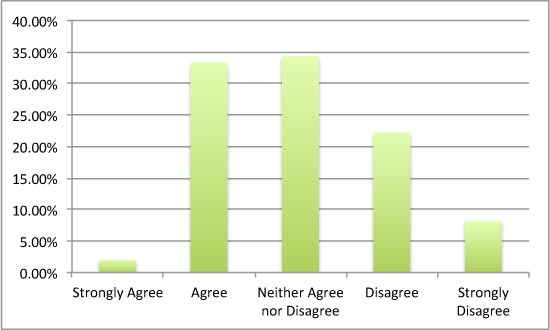 We’re very interested in the concept of trust in peer to peer marketplace like this and how Gliph could help improve it in the future.

9.  I do not want strangers to have my email address. 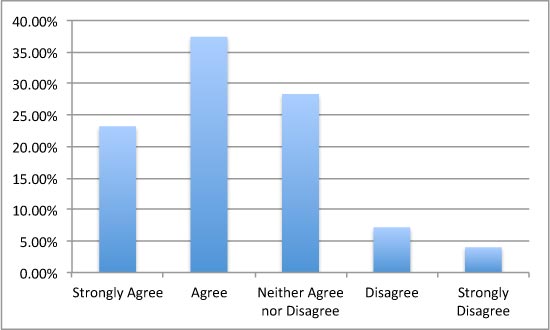 Despite a fairly even view of trustworthiness of unknown Craigslist users, about 61% of people do not want strangers in general to have their email address.

10.  I do not want strangers to have my phone number. 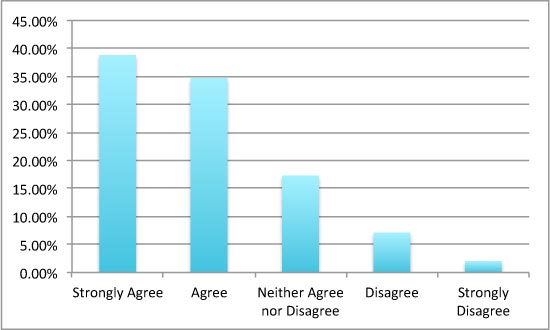 People feel even more strongly about the privacy of their phone number than they do their email. 73.5% do not want strangers to have their phone numbers. This syncs with the real-world implications. A phone call or text message is generally far more of an interruption and potential invasion of privacy than an inbound email.

11.  When purchasing an item from Craigslist, I prefer not to provide the seller with my full name. 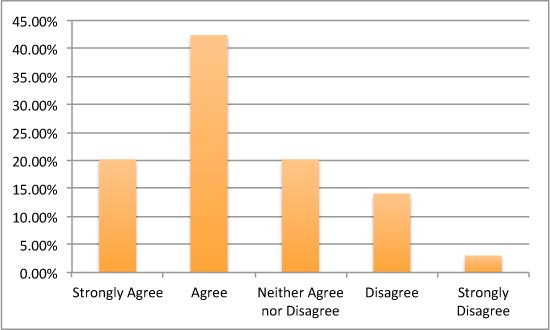 Almost 63% of people want to make purchases without revealing their complete name.

12.  I worry that a Craigslist seller may misuse my personal information. 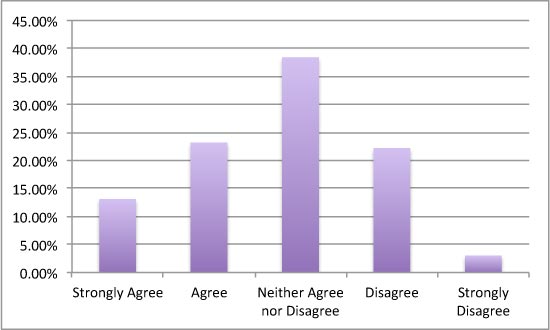 This seems to be the most normal distribution of responses we received in this series. If you position this response next to question 8, there should be some correlation.  If you trust a craigslist user, you do not have to worry about them misusing your personal information.

13.  I have felt uncomfortable or threatened during an interaction with a Craigslist seller. 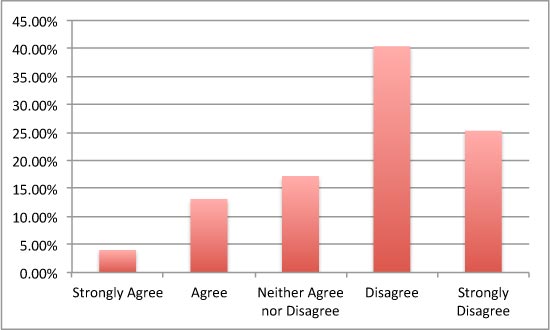 Fortunately, among those surveyed only 17% have had troubling interactions with other Craigslist users. Two thirds of people seem to have had no problems in Craigslist sales.

14.  A Craigslist seller has used my email address or phone number to contact me for a reason other than the current purchase. 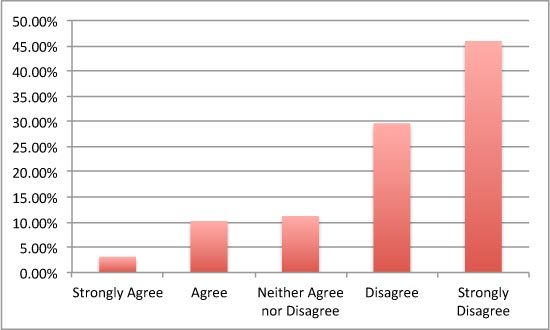 Despite a desire to keep email addresses and phone numbers private, only one in ten people believe that their history of revealing such information has resulted in unwanted contact. 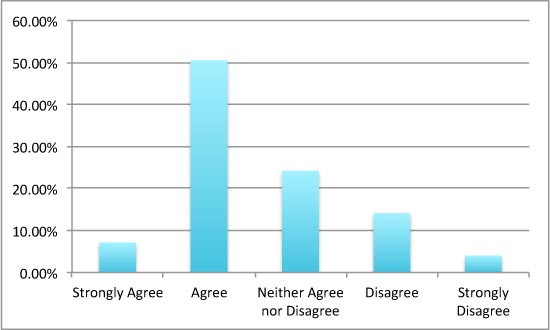 16.  I wish Craigslist purchases could be conducted anonymously. 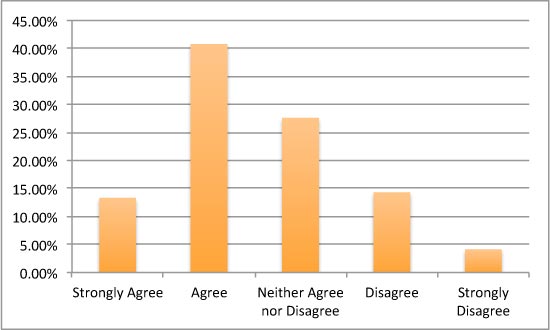 The shape of this graph closely matches that of response to question 11, which asked about people’s confort in sharing their first and last name.

Despite feeling safe using Craigslist and relatively few bad experiences, over half us respondents want to stay anonymous.

We hope you enjoyed these simple data visualizations from our survey research. We’d like to thank everyone who participated in our survey. We think there is an opportunity to expand on this initial research and would welcome a deeper or more scientific look at privacy and anonymity preferences on Craigslist.   Please contact us if you do!